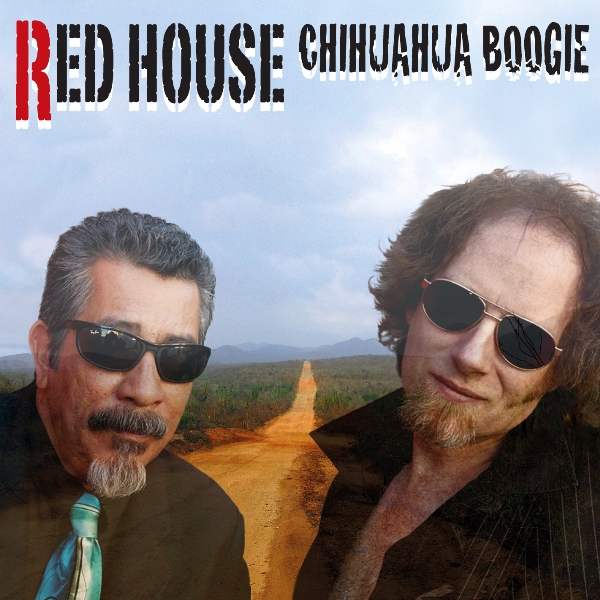 Chihuahua Boogie is the continuation of Red House’s musical progression. The CD includes the incredible saxophone and horn arrangements of “Blue Lou” Marini of the The Blues Brothers whom Red House has established a fruitful work relationship and friendship. Also collaborating on the album are Gene Taylor of Canned Heat, Ramon Arroyo, Gaby Jogeix, Pablo Snapa and Pau Álvarez plus the grooves played by Carlos Sánchez and Manuel Bagüés. The CD was inspired while the group was staying at Todos Santos, Baja California Sur in Mexico. It reflects the band’s musical prowess and maturity. The artwork was done by the band’s longtime collaborator Tony Luz and reflects the interior of the Hotel California where they stayed at.